With Halloween just around the corner and the SpeedWash Haunted Tunnel available from now until October 31st at our Surrey location, we are counting down the world's most haunted places.

The Chateau de Chateaubriant is a medievel castle built in the 11th century. The first accounts of hauntings in the castle began in the 16th century. The King of France at the time Francis the 1st was having an affair with Francoise de Foix who was married to kingdom figure Jean de Laval. This love triangle lead to Francoise de Foix's death on October 16th 1537 where she died under mysterious circumstances. It's rumoured that when de Laval learned of her affair with King Francis the 1st, he locked her in a room, and poisoned her. On October 16th every year, the ghost of Francoise de Foix has been known to walk the halls of Cheateau de Chateaubriant.

The United Kingdom is littered haunted places. Raynham Hall is haunted by the ghost of Lady Dorothy Walpole, the sister of Robert Walpole the first prime minister of Great Britain. Lady Dorothy was having an affair with local lord, Lord Wharton. According to legend, Lady Dorothy's husband Charles Townshend discovered the affair and locked her in their home at Raynham Hall. She was never let out of the castle and eventually she died. She became known as “The Brown Lady” because of this brown brocade dress she wore and her ghost was first spotted in 1825 by guests staying at the Raynham Hall.

Dragsholm Castle was built in 1215 and in the 16th and 17th century, parts of it were used to house prisoners of the noble or ecclesiastical rank. It was rebuilt in the Braoque art style after 1694 and since then it has been known to be the host of three ghosts. A grey lady, a white lady, and one of it's prisoners, James Hepburn, the 4th Earl of Bothwell.

It's not your typical haunted castle, but it is one of the most recent with a sad and terrifying backstory. On November 17th 1981, scaffolding during the construction of the building collapsed and buried 169 workers in quick-drying cement. Rescue teams were not allowed on site for nine hours and it's very much possible that several bodies still remained entombed in the structure to this day with their ghosts haunting the Manila Film Center.

The Hellfire Club on Montpelier Hill was a hunting lodge built in 1725 where it became a gathering place for Irish elites who met for debauchery and devil worship. Animals were sacrificed, black masses were held, and murder surrounded the structure. Today, it's a popular tourist attraction for ghosts enthusiasts.

The Iulia Hasdeu Castle was built by Bogdan Petriceicu Hasdeu in Campina, Romnia. Hasdeu began construction of the castle after the death of his 19-year-old daughter, Iulia. He became a practioner of spiritualism in an attempt to reconnect with her spirit, and designed one room in the castle solely for the purpose of there spiritual exercises. The walls in that building are all black. Lulia reportedly haunted the castle to this day, She walks through the courtyard in a white dress and holding daisies. She's also known to play the piano in the castle every night.

At the base of Mt. Fugi in Japan, you'll find the infamous Aokigahara also known as The Suicide Forest. Hundreds of people have made the trip to this forest to kill themselves amongest the dense forestry. So many people have killed themselves in this forest over the years that police have to do annual sweeps of the forest to clear away the bodies. The authorities no longer publicize the number of bodies discovered in fear that those numbers actually encourage people to go there and end their lives. In 2004 alone, 108 people have committed suicide there. There are signs put up all over the forest that say things like “Your life is a precious gift to your parents” and “Please consult with the police before you decide to die.”

Many of the locals believe that the forest is in fact haunted by the souls of those that have committed suicide there. Others actually point out to entirely different haunting origin. One legends claims that during the times of famine in ancient Japan, when families couldn't feed themselves, they would get lost in the forest and die of starvation. Those ghosts have been seen there as well.

In the Alwar district of Rajasthan, you'll find The Bhangarh Fort. Built in 1573, today it remains a ruin of several temples, palaces, small live-in units.

Legend has it the fort was cursed when a wizard who lived in town fell in love with the princess of Banghar. Using his black magic, he made a bowl of magic potion and tried to get her to drink it in an attempt to woo the princess. It didn't work and the princess figured out the wizard's game. She took the bowl from the wizard and threw it against a large boulder. The boulder was disturbed enough that it started to roll right into the path of where the wizard was standing and crushed him. While underneath the boulder, the wizard put a curse on the town making it uninhabitable. As soon as he died, the town was invaded and pillaged. Most of the inhabitants of the town were killed, including the princess. Those that survived, abandoned the fort altogether.

To this day, many locals swear that the place is still cursed and the ghosts continue to haunt the fort. The Archaeological Survey of India which manages and maintains the fort forbids anyone from staying at the fort after dark.

Abandoned asylums all over the world are known to be haunted by it's former inhabitants. The Beechworth Lunatic Asylum formerly known as the Mayday Hills Lunatic Asylum is located in Victoria, Australia. It was a mental hospital from 1867 to 1995 when it closed. At it's highest capacity, it housed 1200 patients. About 9000 patients have died there in it's 130 year history. Ghosts have been known to wander the building and there is even a night time ghost tour for tourists.

Within the city of Manila in the Philippines, is the Cementerio del Norte also known as The North Cemetery was built in 1904 and is a final resting place for many key figures in Philippine history. Over the years the cemetery has become overcrowded and tombs are actually stacked one on top of the other. And as the city became more and more over-populated, the cemetery itself has become a entire slum community inhabited by gangs, runaways, and labourers. It's known as one of the poorest places in the entire world. Many people have made themselves at home within and along side the tombs and mausoleums where for it's living residents it's just part of the norm where people live and children play. Also inside the slum are the human remains just freely laying around. When families no longer have the money to maintain the rent of the tombs, their loved ones remains are removed and put aside for a new body.

Residents of Cemeterio del Norte regularly see spirits around the slums, but many don't mind as the common belief amongest the people there is “the dead can't hurt you”. Through out all the poverty and hardship of the people that live there is a real respect and love for all of it's residents living and dead. 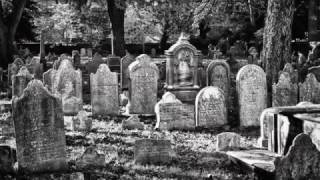 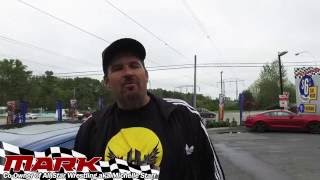 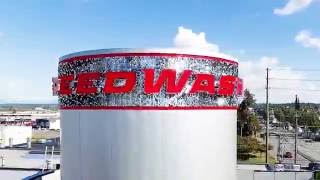 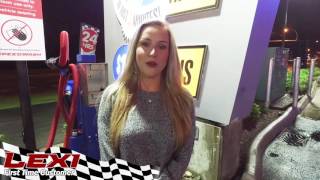